OOOI is the airline industry term for the four main stages of an aircraft TLP where an aircraft’s movements are recorded in UTC.

For airline paper technical logs, the times recorded by the pilots are in UTC. To avoid confusion, eTechLog8 and eCentral8 work entirely in UTC and never display local time.

There are various systems in use for recording OOOI times, both automatic and manual. 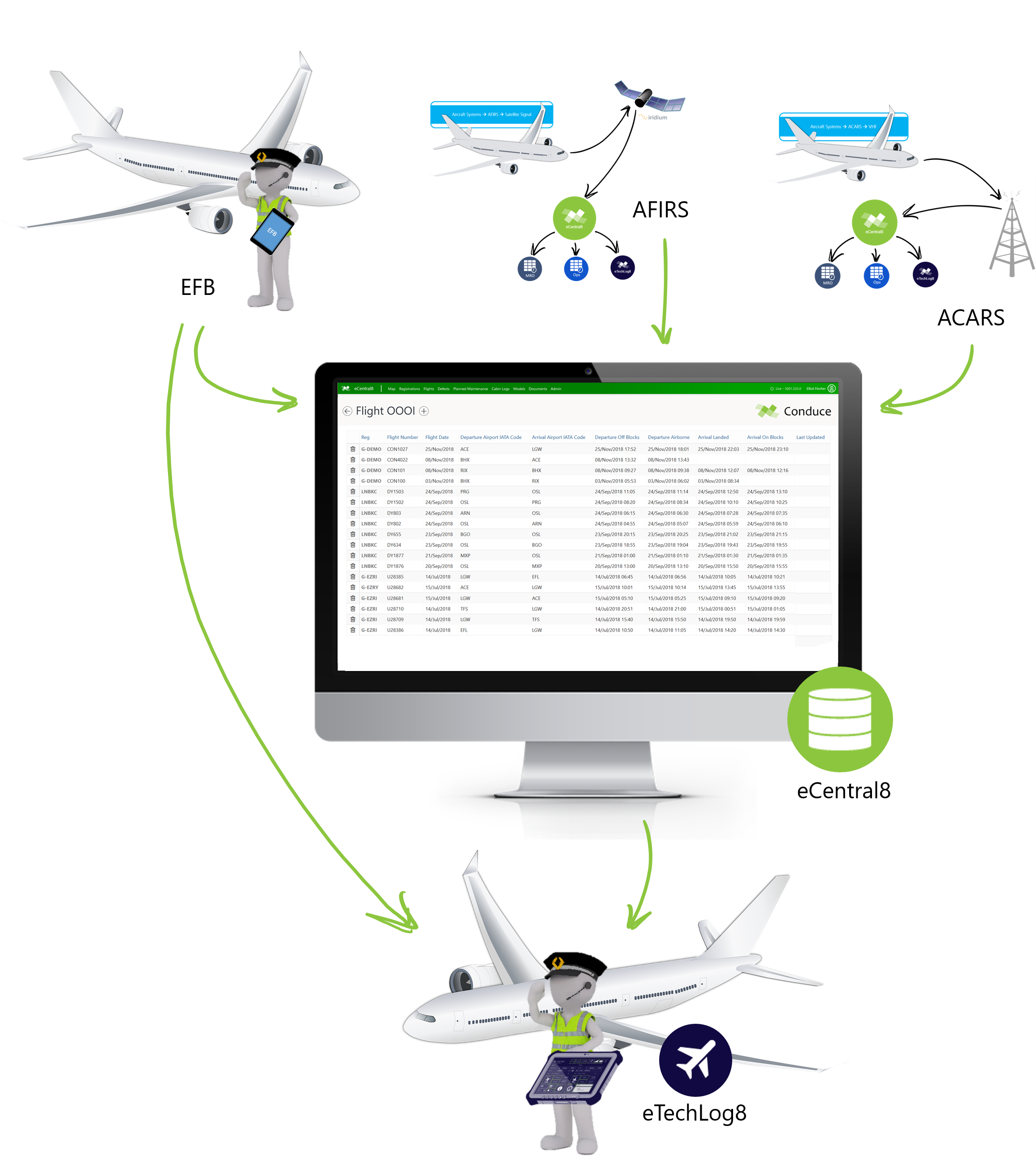 eTechLog8 avoids duplicate entry of data and still preserves the Technical Log as the legal record for a flight. eTechLog8 is integrated with these other systems:

When any of these systems are in use, a feed can be provided to eCentral8. This allows eCentral8 users to monitor flights and carry out audit checking for OOOI times along with cross checking Flight Numbers and City pairs.

UTC was originally called GMT, and within the military it is referred to as ‘Zulu time’.

GMT was created in Washington at the International Meridian conference in 1884, and is the basis for the 24-hour time zone system we know as UTC today. At the time, GMT was chosen as the world’s time standard because the reference line or starting point, the Prime Meridian, was determined to be the transit circle of the telescope at the Royal Observatory in Greenwich, London. The transit circle is a part of the telescope’s mechanics and it is still cited as the prime meridian’s original reference for 0 Longitude.